Recently, a fellow crocheter shared her finished item on one of the Facebook groups I subscribe to–it was a STUNNING shirt–and the first time I felt compelled to enter the world of crocheted garments. Although the woman who posted her work has used Dutch instructions, the original pattern comes from a woman in Brazil whose website includes both written instructions and a video tutorial…. in Portuguese.

“YEEEESSSS!!!!” I thought to myself! It just so happens that my husband and I have been living in Brazil for a year and a few months now, and I decided immediately that it was my duty to translate this pattern into English!  This is actually the second pattern I’ve fallen in love with that is in Portuguese–I’ll get to that one eventually, as well. 🙂

It’s called “Blusa de Croche” by Ana Maria Braga of Aprendendo Crochê (“Learning Crochet,” in English). In some other places I’ve seen it referred to as a “Spanish Top.” Perhaps you’ve seen it floating around online recently. 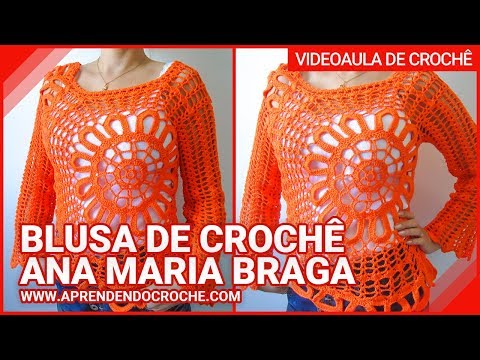 Let’s make something extra doubly clear: THIS IS NOT MY PATTERN. While there may be a (very) few (very) minor changes compared to the original Portuguese version, I assure you it’s only because I either made a mistake or simply mistranslated.

That said, I think I did a pretty bang up job on my first run through this pattern. 🙂 I’m working on cleaning up the instructions and interjecting some helpful tidbits, and of course I still have to upload and prettify all the photos. Fingers crossed my inner perfectionist doesn’t COMPLETELY take over–I’d like to get this posted sooner rather than later for anyone who is interested! Check back soon!